Dealing with Taxes Before, After & During Bankruptcy

Under the right circumstances, bankruptcy can be a very effective way of dealing with tax debt. Learn how to identify clients that are candidates for this type of strategy. We will discuss Chapter 7 and Chapter 13 Bankruptcies, and the various rules which must be satisfied to discharge a tax liability in bankruptcy. You will also learn about the potential pitfalls involved with analyzing whether a liability can be discharged.

At the end of this course, you will be able to:

No refunds or exchanges for cancellations. For more information regarding refund, complaint and/or program cancellation policies, please contact NSA toll-free at 800-966-6679. 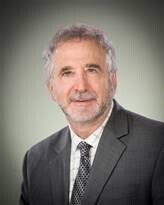 Gary Bluestein, focuses his practice exclusively on tax representation.  Prior to entering private practice, Gary served as a Senior Attorney for the Internal Revenue Service and was a Special Assistant United State’s Attorney.  Gary was hired by the Department of Treasury through the Government’s Honors Program.  During his Government Service, Gary represented the IRS in both the United States Tax Court and the United States Bankruptcy Court.  He also served on several National Task Forces addressing IRS enforcement issues and received numerous Government Merit Awards for his work related thereto.

Gary is an Adjunct Professor of Tax Practice & Procedure at the University at Buffalo School of Law and has taught in the Canisius College’s Master in Tax Program.  Gary frequently lectures and writes on a variety of topics relating to tax representation for numerous local and national professional groups.  He is a member of the Erie County Bar Association, the Tax Committee and the Bankruptcy Committee, and serves on the Planning Committee for the Institute on Taxation.  Gary has also made appearances on local television and radio shows and was named in Business First’s “Who’s Who in the Law” and in New York State Super Lawyers for his success in Tax Practice.

NSA has been approved by the California Tax Education Council to offer the above courses to go towards the annual "continuing education" requirement imposed by the state of California. A listing of additional requirements to register as a tax preparer may be obtained by contacting CTEC at P.O. Box 2890, Sacramento, CA, 95812-2890, by phone at (877) 850-2832, or on the Internet at www.ctec.com.